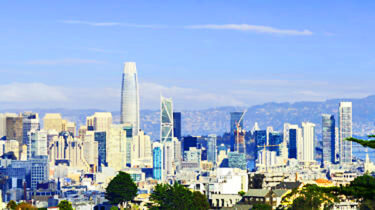 I wrote the following article in 2014. And I thought it would be interesting to take another look in February 2019. Particularly, since mortgage interest rates remain so low.  And according to the CPI Inflation Calculator, the rate of inflation between 2014 and 2018 in San Francisco rose 13.34%!

Many people believe mortgage interest rates are as low as they are going to get and once the Federal Reserve really starts having inflation fears they will do what they can to raise rates. Till recently the Federal Reserve has consistently stated interest rates will remain low for the near future usually giving a timeline of about two years. In 2008 we heard rates would stay low through 2010 etc.

The message has changed, however, and the Fed has stated mortgage interest rates will remain low as long as unemployment is above 6.5% (currently in 2019 the unemployment rate is around 4%) and inflation remains mild (the inflation rate between 2014 and 2018 in San Francisco is stated to have risen 13.34%). The projection, as related by the Federal Reserve is that unemployment will remain above the 6.5% rate until 2015, over a year from now but the difference is that the Fed could begin influencing interest rates upwards any day, by ending Quantitative Easing for instance, when either unemployment or inflation changes substantially. Some people believe inflation has already begun rising in earnest but is being under-reported.  Still, others consider inflation an excellent way of reducing the value of US debt by making our national debt worthless.

What About San Francisco?

We were talking about national issues; as a San Francisco real estate broker, my interest is in the San Francisco housing market. Home prices in San Francisco have shot upwards in the past 12-18 months in no small way spurred on by low housing inventory. Low-interest rates are of course a factor, but I think it is possible that if/when interest rates begin to climb buyer competition may only get that much more heated.

What will happen to home prices in San Francisco as interest rates begin to rise?

Most people I speak with about rising interest rates believe it will cause house prices to fall. It made me wonder if the housing market had ever been in this situation before. Of course, it has, infamously, in the 1980s.  Many of us have heard our parents or grandparents telling the story of when interest rates had hit double digits, and how difficult that made buying a house!

What was the effect on the median price of homes in the US during this period of rocketing interest rates?

in the same 10 years that saw such a huge rise in the interest rates!

Of course, house prices were much, much lower then, but buying a home has always felt like a very expensive investment.  These days spending $1,000,000 for a small unimproved home in the Noe Valley seems normal.  In any case, the above historical data shows that the correlation between mortgage interest rates and home prices is not exactly clear.  Buyers always pay the market rate. A large proportion of the population believes buying a home is a good thing, so the price of a house always feels expensive.

As an example, Mike and I helped a client sell a home in the Excelsior District a few years ago. He had bought the home in 1974 and still had the original contract showing the amount he had paid: $17,400!  Our client chuckled when I remarked on the low purchase price, and he told me in 1974 $17,400 seemed like an enormous amount of money. The property ended up selling in 2010 for about $500,000.

One big change since the last recession is the popular awareness of the value of San Francisco’s real estate. Even though home prices did go down in the city during the recession they held up quite well relative to other assets.  We have had plenty of clients parking money in San Francisco properties in the past 10 years.

Add to the mix that San Francisco’s population is increasing.

Move Back To Cities

The population actually went down in the 1970′s as residents moved out to the suburbs. Today, people are moving to cities in droves. Think of the tech workers with jobs in Silicon Valley. They would rather live in San Francisco even though that means commuting sometimes an hour each way to work.  Apple, Google, etc shuttling their employees to and from San Francisco every day is a good example of the popularity of urban living.

As mentioned earlier, in the short run, a rise in interest rates may actually cause demand to intensify. But, as Yogi Berra said, “It’s tough to make predictions, especially about the future”. The point is just because interest rates are expected to rise doesn’t mean the San Francisco Housing Market is headed towards disaster. Interest rates will rise when the economy is on a better footing with more people employed and more money to spend.

There are many forces at work and underlying it all, people love living in San Francisco! 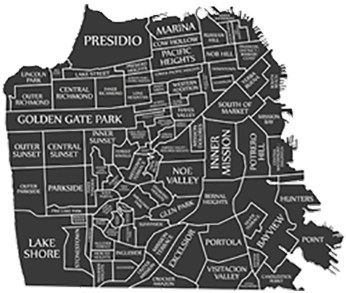